In fewer than 18 months, the Chancellor has delivered two budgets which were unrecognisable from the ambitions of the Government after their 2019 general election win.

The Chancellor placed infrastructure, construction and housing at the centre of his strategy to help business return to normal. If all goes to plan within 6 months we will be back to where we were, pre-Covid. This is obviously before we have to start paying back the eye watering amounts that were (rightly) used to keep the economy afloat during the very worst months of last year.

Furthermore, at a time when the High Street has seen accelerated change and loss of market share to online retailers, the Chancellor’s announcements are welcome news,  but will it be enough? A number of developers are taking action to address the issue themselves such Areli Real Estate and their scheme in Maidenhead, the Nicholson Quarter which received unanimous approval at Wednesday night‘s RB Windsor and Maidenhead’s Development Management Panel meeting.

Areli Real Estate’s ambitious plans will see £500 million of investment in Maidenhead, building a new town centre designed in partnership with the local community.  Proposed on the current site of a failing single storey 60’s shopping centre, the Nicholson’s Centre, the scheme is widely viewed as one of the UK’s first shopping centre to town centre conversions. 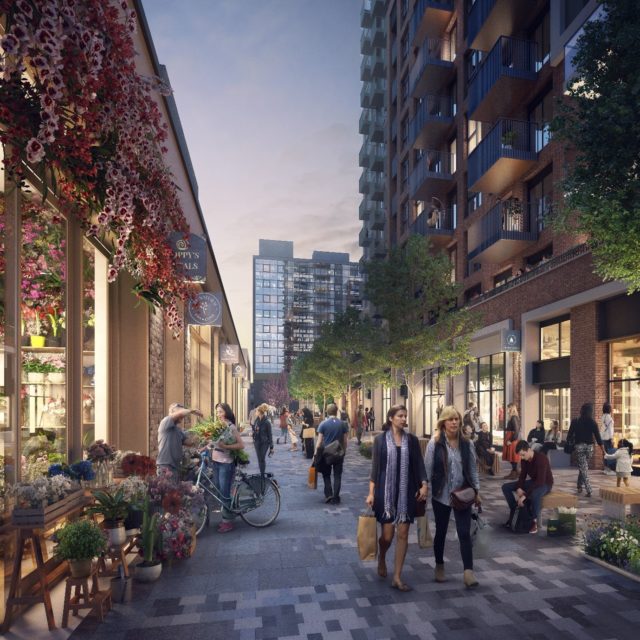 The mixed-use project will deliver several hundred new homes, workspace for over 2,000 people, 60 shops and unique restaurants. A key aspect of the scheme is smaller retail units that will have leases based on turnover, to encourage local independent businesses to set up shop and weather any storms that may come their way.

With the help of companies such as Areli Real Estate, the Government will succeed in getting the High Street back up and running, and perhaps stronger than before.

On Wednesday the Chancellor announced a new mortgage guarantee scheme which will help home buyers purchase properties up to £600,000 with a deposit of just 5% with the Government underwriting the other 95%. NatWest, HSBC, Barclays and Lloyds Bank, amongst others have already signed up to offer these mortgages from next month. This scheme is welcome news not only to first time buyers but also those who may have already bought their first home but wish to relocate which in the current economic climate may be a result of job opportunities. This will also help to plug the gap left by the changes to the Help to Buy scheme that recently came into effect.

In a further move to boost the housing sector, the Chancellor announced the extension of the Stamp Duty holiday on home purchases up to £500,000 to the end of June, rather than March. After June, the Stamp Duty threshold will start at £250,000 as opposed to £125,000 until October 1st. This announcement will provide clarity to homebuyers throughout this period and will boost the housing market during its busiest period of the year.

Shop till you drop

Of course, the Budget focused on other key areas of the UK economy and most notably alongside the construction and housing sectors the Chancellor has announced support for the High Street. A new £5bn grant scheme will be made available in April to help businesses re-open, with retail securing up to £6,000 per premises and hospitality and gyms able to receive up to £18,000. Paired with this, in the announcement that the business rates holiday will continue until the end of June, is a 2/3rd reduction to continue until the end of 2021.

This Budget has sought to restore confidence in the economy through bricks, clicks, shopping and mortar.  We are optimistic but time will tell if the measures announced will have a positive impact. One thing is for sure, confidence is beginning to brim.

FOR MORE NEWS AND INSIGHTS
SIGN UP TO OUR NEWSLETTER